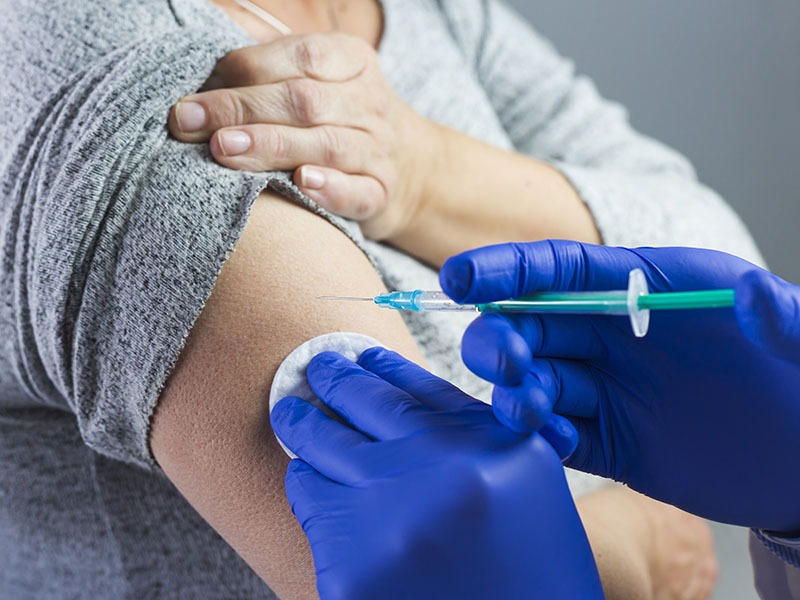 Alberto Fernández announced that Argentina will produce the coronavirus vaccine developed by the University of Oxford and that it will be ready to be used in the first semester of 2021. The cost will be between 3 and 4 dollars.

The President said that the vaccine cycle is not finished (it is still in phase 3) but said that the objective is to manufacture between 150 and 250 million doses to be distributed throughout Latin America with the exception of Brazil.

As explained by the president, the vaccine will be manufactured in conjunction with Mexico to be delivered “equitably between the countries that demand it and at the request of the governments of those countries.”

“We want Argentina not to have to wait and can access as quickly as possible,” the head of state began the announcement. And he added: “For us it is a great joy. In Argentina AstraZeneca chose the mAbxience laboratory that will be the producer of the vaccine reagent, it is a recognition of the quality of Argentine laboratories. Mexico will be in charge of packaging the vaccine and completing the production process ”.

“I want to express my satisfaction for this because it puts Argentina in a place of tranquility, to be able to have the vaccine in a timely manner and in sufficient quantity to cover the demand immediately. I want to place particular emphasis on the work of AstraZeneca, which is of Anglo-Swedish origin that has been in Argentina for many years and made an agreement with Oxford to develop this vaccine, ”he said.

He also warned that the country will access the vaccine “at much more than reasonable prices” and stressed that “this is very important for Latin America because all countries will be able to access it.”

“It is very good news about how the private sector and the public can work. It is great news that Mexico and Argentina are the benchmarks and we can bring a solution to the continent and we hope to start the production process as soon as possible ”, he completed.

In turn, the Minister of Health, Ginés González García, showed his joy at the announcement and explained: “The guaranteed access to the vaccine is that the price is reasonable. We are proud because it is not easy to produce the raw material for a vaccine of this complexity, between the end of the vaccine cycle, which is not finished, but this vaccine is ahead in terms of clinical development. There are publications that say that this vaccine has an extraordinary immunity capacity, 91% with one dose and 100% with two ”.

However, he warned: “It is neither the only negotiation nor perhaps it is the only alternative, a clinical experience is being carried out with another provider in order to ensure which is the most effective and when we can count on it.”

Similarly, he stressed that “having the local production capacity is very good news because it gives security of access to the vaccine in a timely manner” and announced that “before the end of the experimental phase studies, production will begin “But that” if the vaccine is not useful, everything that has been invested in production is lost. ”

Asked if there will be priorities or if it will be mandatory, the minister said: “There are priorities, clearly they will be the elderly, health workers and those with some type of previous pathology that makes them more vulnerable. With them you start like all vaccinations. As with other vaccines, the level of immunity will be determined by the evolution of the pandemic itself. It’s not that he’s going to eliminate it but he’s going to have a very strong blow ”.

Regarding how the production was created in Argentina, Alberto Fernández said: “It is a private venture with the University of Oxford that had the financial support of the Slim Foundation and they turned it into a non-profit project. The conduct of the company and the university must be celebrated. They are not looking for economic benefits with the vaccine and it makes it relatively cheap compared to other developments. ”

Despite this, he maintained: “It is a great relief for the future, it is not a relief for the present. The number of infections and deaths is growing and that depends on citizen behavior because we all see that practically the activity has been released to a great extent. That they keep talking to me about quarantine amazes me, people go out, some respect social distance, commercial activity in AMBA is very wide, there is a very large dose of social responsibility to stop infections and deaths, and I call for reflection from society, let us be clear that the risk is there, the virus did not go away, the problem was not overcome and we have to put our share of responsibility ”.

“We have to avoid social gatherings, people relax and infections thrive. We will access the vaccine between 6 and 12 months before we would if we did not have an agreement. At present nothing changes us, “he said.

On why Argentina was chosen, the President replied: “For the technological development